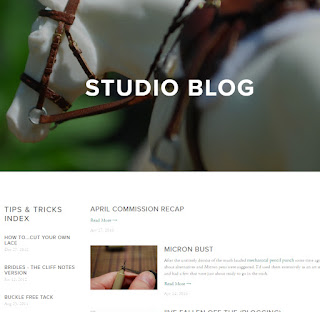 I've long wanted to pull my blog in under my domain name, and the new hosting platform has given me the ability to not only do that, but to brand consistently across both blog and website. It's great to have them integrated!

Since Blogger hosting is free, this blog will remain up indefinitely. I may, in the future, distill it down to just the tutorials and informational posts, but that's a job for another day.

Thanks to all of my faithful readers for keeping up with me and my many long silences! Hope to see you at the new blog!
on Thursday, April 28, 2016 3 comments:

The new website cometh...in the nearish future. www.dreamflitedesign.com is down until the necessary settings take effect, which should hopefully be 24 hours or less from the time of this post.

The new site is mobile/tablet friendly, has gorgeous galleries, and best of all - is easy to update, which means it will actually GET updated!

Please bear with me as I work on getting the blog set up. I've imported all of the posts from this blog, but I need to get some of the menu functionality sorted out still.

I lost a week and a half or two weeks worth of studio time this month, which meant that when I was able to start commissions I had to start. I finished, photographed, and emailed photos of both to their respective commissioners yesterday, so now I can share with you!

First up is an Icelandic set. This was a new one for me, and quite the challenge. The knee blocks are huge, and the reference photos sent to me included blocks by the pommel, too. Getting those done was tricky, but it worked out!

The biggest challenge, oddly enough, was size. The model is a Bridgett Eberl mini, and he's about the same size as larger stablemates or Sarah Rose's minis. Icelandics run between 13 and 14 hands, per Wikipedia, and all of my reference photos showed saddles that looked a bit oversized - because you're putting an adult on a pony-sized horse (yes, yes I know - Icelandics are horses!). For the tack to look really believable on the model, I had to make sure that it was slightly oversized, just like my references. It took 7 or 8 tries before I had something large enough - not a thing you hear from a mini tack maker every day! I'm really happy with the results. 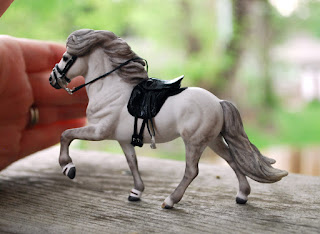 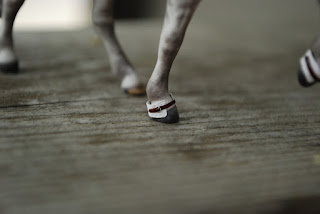 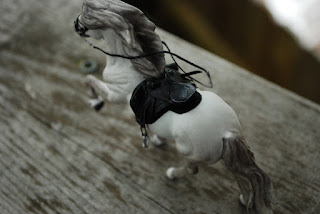 The second commission for the month was a much simpler order - a plain jane english saddle and a western curb bridle. I'm just gonna spam you with the saddle - there's a certain elegance to a plain saddle. 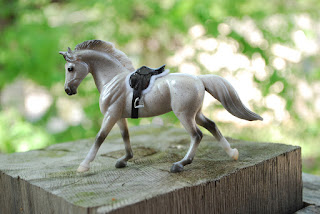 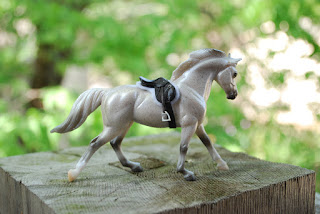 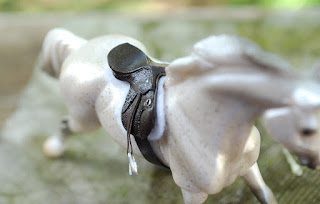 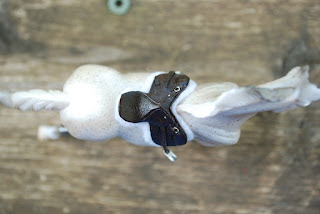 Unrelated to April's commissions, I've been working on getting a new website and blog put together. Those changes will roll out soon, and the akirby@dreamflitedesign.com email address will be permanently retired in favor of studio@. I'll let you all know when these changes officially roll out, but it'll be this week I hope!
on Wednesday, April 27, 2016 No comments: